At one stage Richie Stanaway (No. 56 MEGA Fuels/Tickford Racing Ford Falcon FG X) was in position to challenge for his first top ten as a main game driver, but lacked tyre grip in the final stint en route to a 19th place finish. Saturday’s runner-up Mark Winterbottom (No. 5 The Bottle-O Ford Falcon FG X) finished 21st after first lap contact with Stanaway amidst a Turn 5 scramble damaged the veteran’s steering, an issue that plagued him throughout the 83-lap race.

The team will next have a crack in the Winton SuperSprint, taking place at the team’s designated test track, Winton Motor Raceway in Victoria. Races 13 and 14 of 2018 will be contested across May 18-20 at the season’s sixth race round. 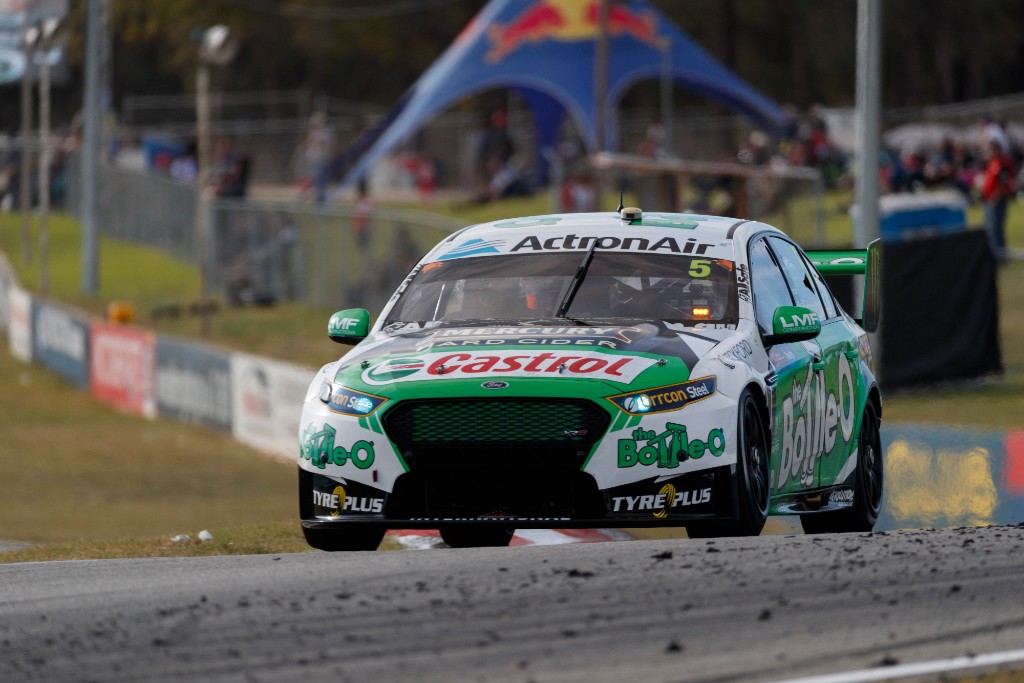 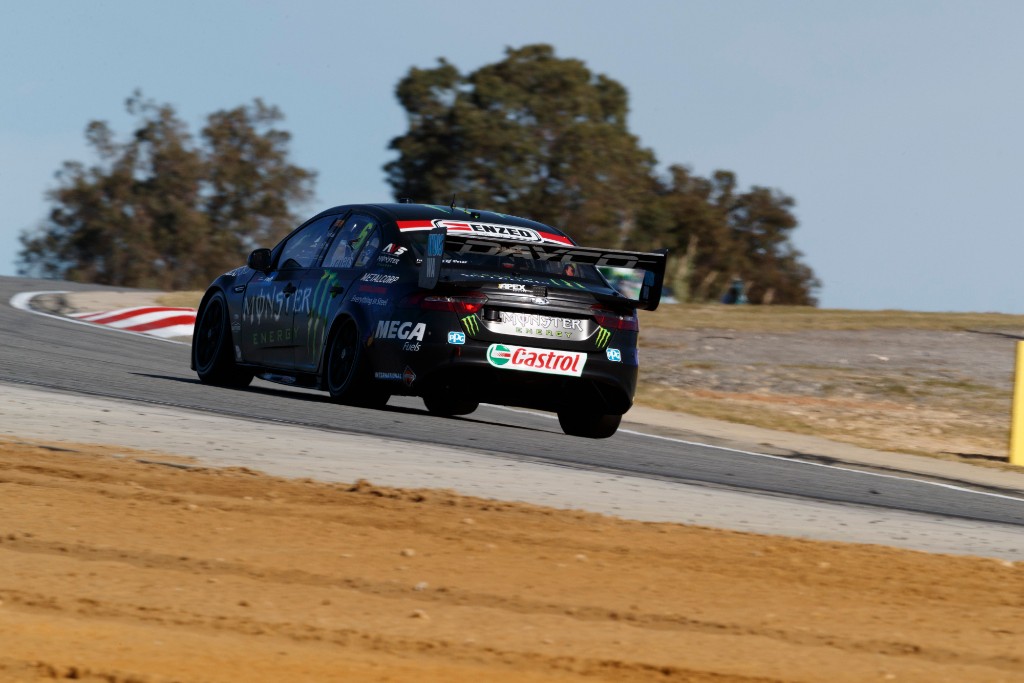 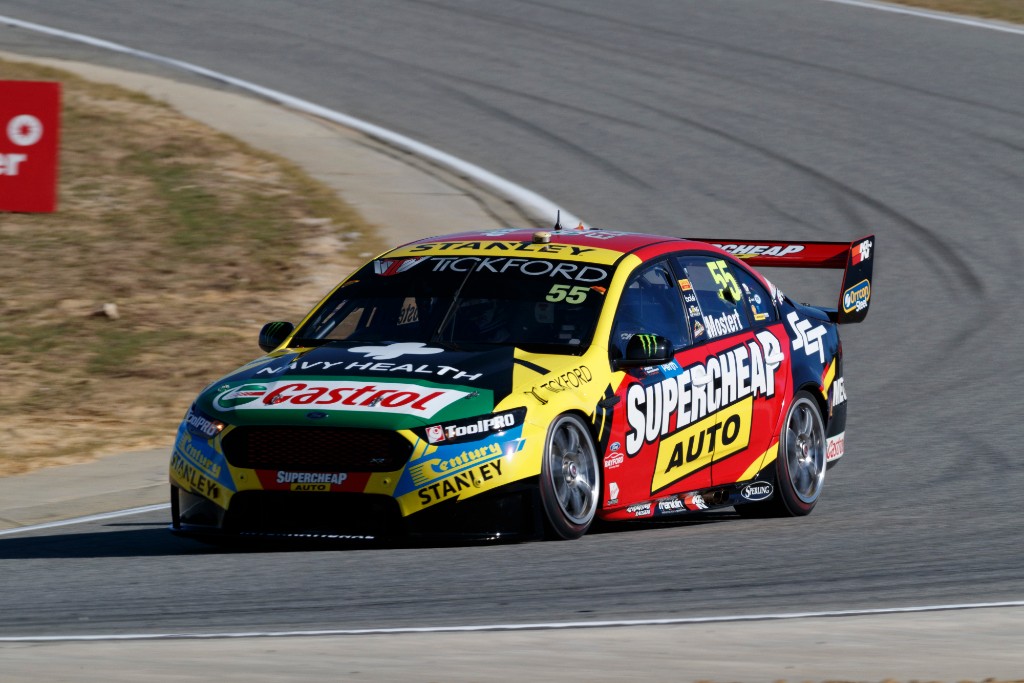 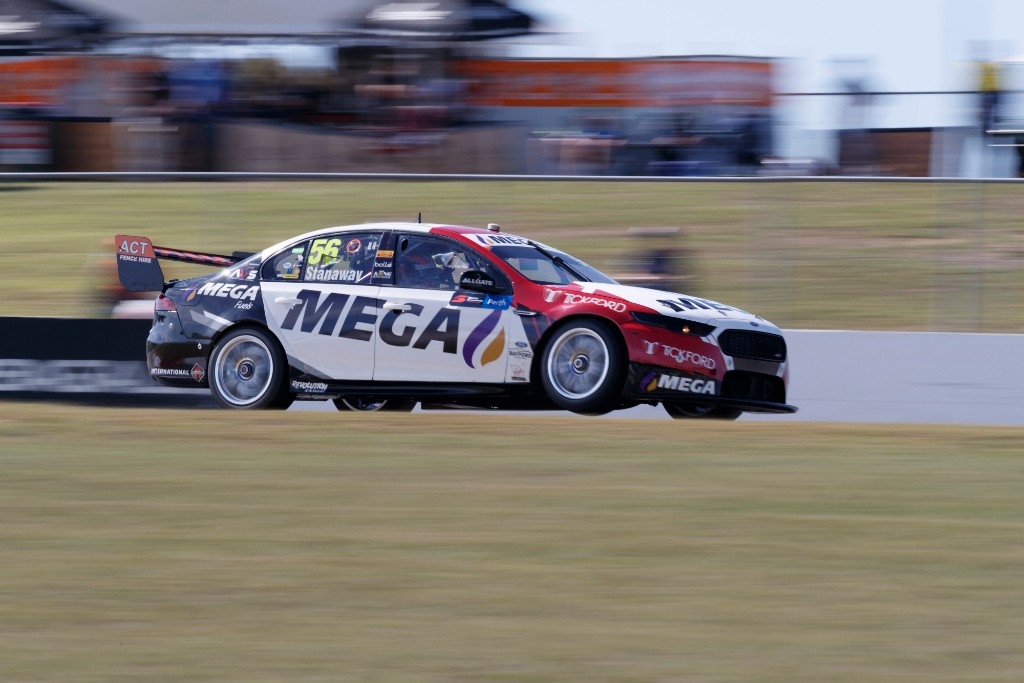 DRIVERS’ VIEW
No. 5 The Bottle-O Ford Falcon FG X
Mark Winterbottom
Race 12 Quali: 18th, 55.53s
Race 12 Finish: 21st
“I got a really good start, made up about four spots, then something happened at the top of the hill and Richie and I had contact. I was in a really safe position, everyone was spinning to the inside, then all of a sudden they spun left. I went up in the air, and there was so much damage on the car, it was steering left-hand down on the straights. It’s unfortunate because the car actually still had good drive and I think we could have had a really good result. There were lots of mistakes made by other people in that race, all we had to do was drive a clean race. I still had good drive even with the wheels not pointing anywhere near where they should be, but that killed the tyre life for us. It’s a missed opportunity, and to see (Scott) McLaughlin get through to win, I started just ahead of him so I think we could have gotten at least a top five out of it. But bad quali will cost you like that.”

No. 6 Monster Energy Ford Falcon FG X
Cameron Waters
Race 12 Quali: 22nd, 55.69s
Race 12 Finish: 13th
“It wasn’t the best day. In qualifying we gambled by only running one set of green tyres, it worked yesterday and didn’t work today. We started 22nd, made a little ground early then had to double stack with the safety car, so we went back to last. We had a pretty good race car, I managed to pick some guys off towards the end and got it to 13th from last at one point, so it was all right. We’ve got more gains to find, so it is what it is. We’ll move on and try again in Winton.”

No. 55 Supercheap Auto Ford Falcon FG X
Chaz Mostert
Race 12 Quali: 3rd, 54.99s
Race 12 Finish: 11th
“It was a tough weekend again for the Supercheap Auto crew. We’ve still got some major gains to make to match our competitors. The race just didn’t go our way. Obviously this is the highest tyre degradation track on our calendar, so it really highlights any weakness. We were fast, but we were struggling with the balance of the car and maintaining the tyre. We used them up too much, and you can’t get away with that here.”

No. 56 MEGA Fuels/Tickford Ford Falcon FG X
Richie Stanaway
Race 12 Quali: 14th, 55.59s
Race 12 Finish: 19th
“It was a disappointing result for us, especially after having a decent qualifying in the morning. I’m not sure what happened on the first lap, we all bunched up going up the hill then someone got into the back of me and I ended up in the back of one of the Walkinshaw(-Andretti-United) cars. Mark and I hit after that and somehow it didn’t really damage the car and we carried on. The race was going all right for us for a bit, but the last stint just killed us because we didn’t have green tyres left. That made it difficult because we didn’t have pace towards the end. There were some positives today, just would have been nice to have a decent result to show for it. We went backwards on a day where I really thought we could go forwards, so it’s a disappointing end to the weekend.”

Tim Edwards, Team Principal
“It was a difficult day all around for us. Tracks like this, where the tyre wear is so severe, it magnifies any weakness, and it hurt us quite badly today. It’s unfortunate to have a day like this after a day like yesterday, it can suck the wind out of your sails. But it’s positive to have shown some progress this weekend. We still have plenty of work to do and only one weekend between this and our next race, so we’ll get right to it when we get back to the shop.”

DUNLOP SUPER2 SERIES.
Sunday’s bright spot for the team came from Thomas Randle (No. 5 Skye Sands Ford Falcon FG X), who started from pole in the first Super2 race of the day on a damp track, finishing second to take his first podium of his young career. Randle followed that up by finishing sixth from second starting position in Race 9 of 2018, which scored him enough points to secure third place on the round. Despite scoring zero points in Adelaide after a mechanical failure saw him DNF Race 1 and not participate in Races 2 or 3, the 22-year old now sits 11th in Super2 points at the championship’s halfway mark. Super2 returns to action two months from now on the streets of Townsville, July 6-8.

No. 5 Skye Sands Ford Falcon FG X
Thomas Randle
Race 8 Start: 1st
Race 8 Finish: 2nd
Race 9 Start: 2nd
Race 9 Finish: 6th
Round 3 Finish: 3rd
“I didn’t really expect this, especially after Friday…Race 2, I didn’t get the best start, but Paul (Dumbrell) had the legs on me for sure, so just to maintain second was good. The last race was probably the most fun race of the weekend, I had that many battles. The rain during the race, the rain before the start of the race, I didn’t know what was going to happen because I’ve never driven this car in the wet before. To come away with third on the round, I didn’t expect it, and wouldn’t have asked for more.”