Making its annual western road trip, Tickford Racing heads to Round 5 of the 2018 Supercars season at Barbagallo Raceway. The 2.42-kilometre circuit has been the site of noted success for the team in the past, with ten total race wins, including two weekend sweeps in 2008 and 2012. Mark Winterbottom (No. 5 The Bottle-O Ford Falcon FG X) is the third winningest driver in Supercars history at the Western Australia circuit with seven of those wins, while Chaz Mostert (No. 55 Supercheap Auto Ford Falcon FG X) claimed his first win with the team at the track in 2014.

Cameron Waters (No. 6 Monster Energy Ford Falcon FG X) claimed his first Supercars pole at Barbagallo in 2016, a year after sweeping the Super2 weekend en route to his 2015 development series crown. Meanwhile rookie Richie Stanaway will look to write his own success starting this weekend, as he races at the seven turn circuit for the first time.

The Perth SuperSprint will consist of Races 11 and 12 on the Supercars season on May 5 and 6. As the second shortest circuit on the calendar, Perth will also utilise the short track, knockout-style qualifying format that debuted at Symmons Plains Raceway last month. 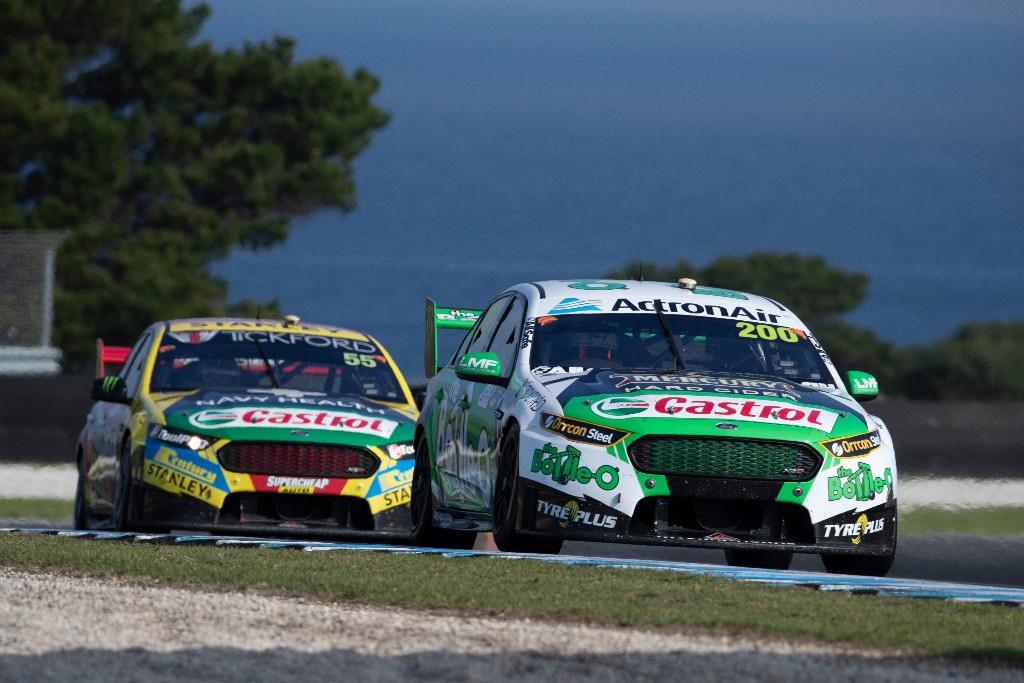 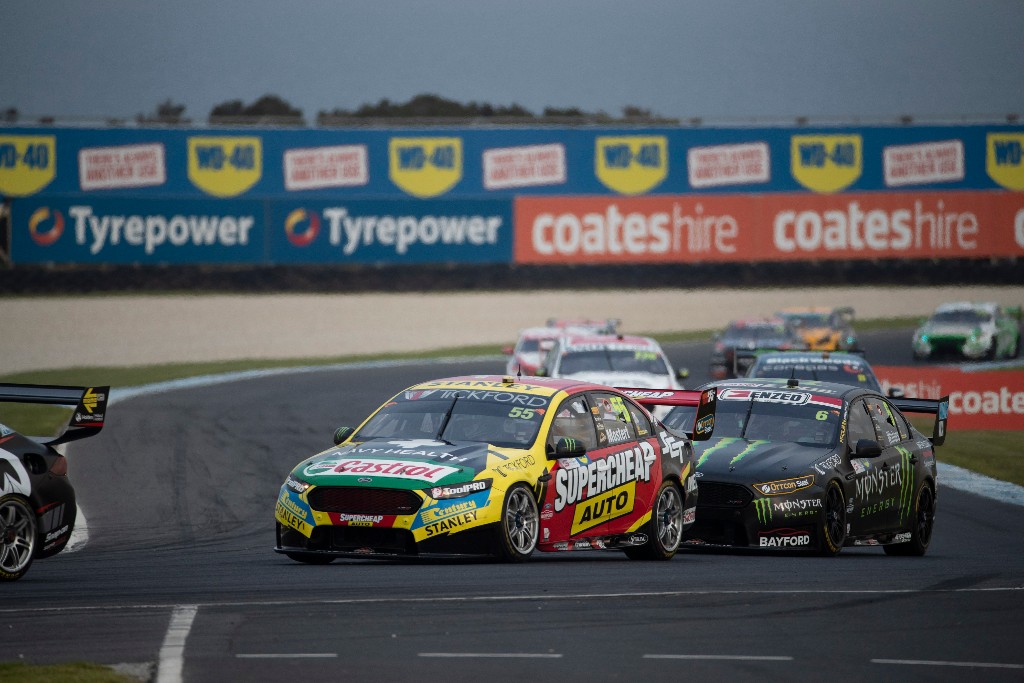 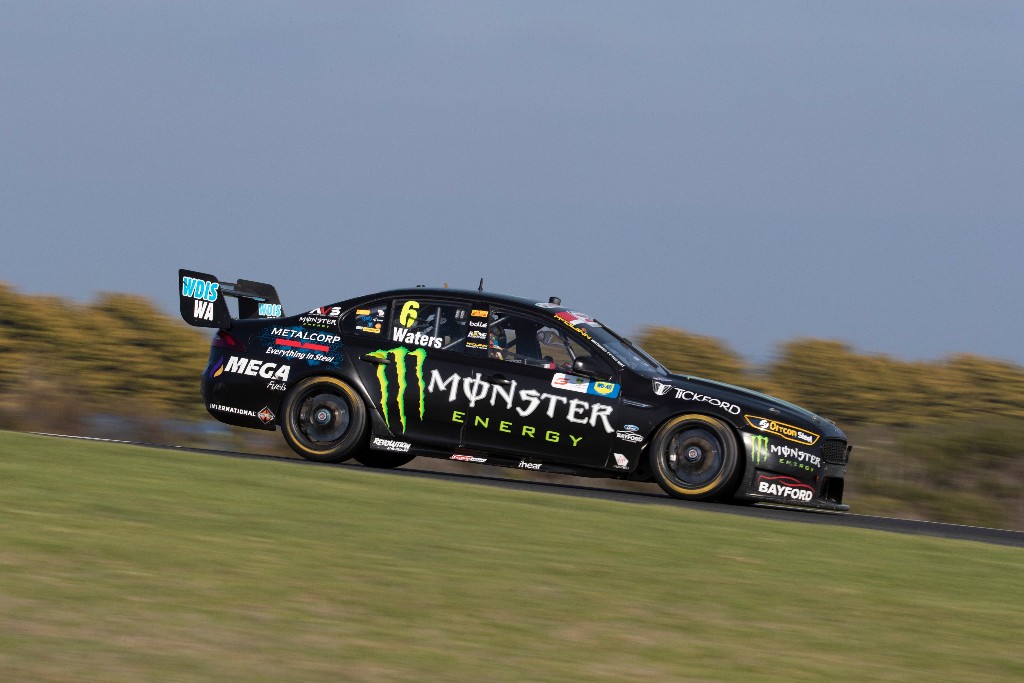 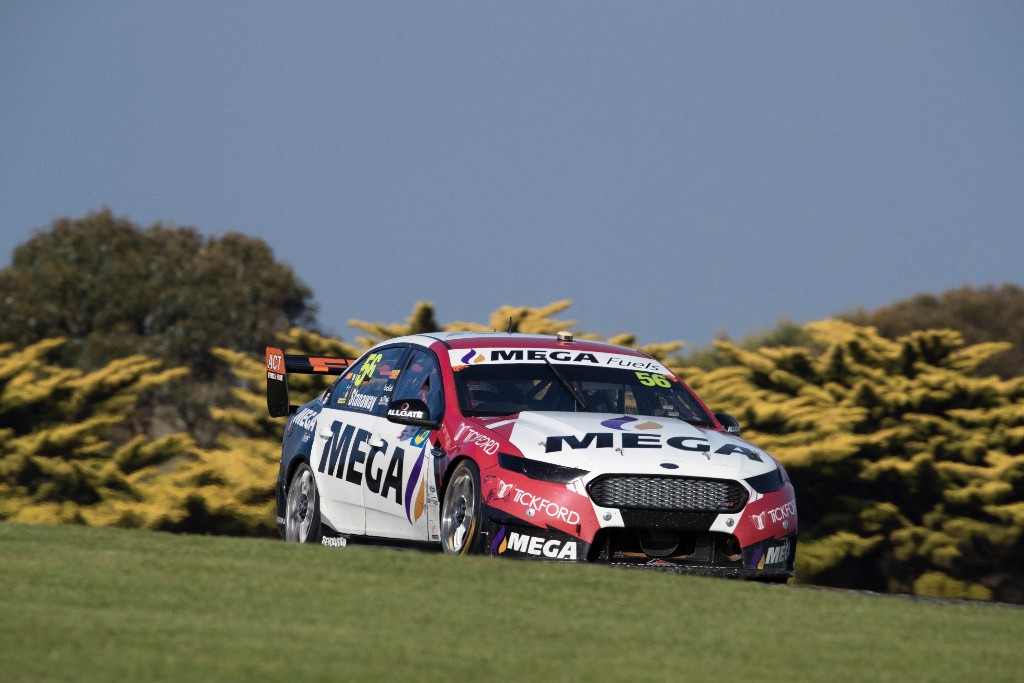 DRIVERS’ VIEW
No. 5 The Bottle-O Ford Falcon FG X
Mark Winterbottom
“It’s good to be back on the road for another round, and I’ve enjoyed quite a bit of success at Perth over the years so I’m excited to head back there. The track is obviously very hard on the tyres so it’s a challenging track to get right on set up, but we’ve managed it before so we’ll look to recapture some of that magic this weekend. It’s obviously been a lean start to the year for us, but I always love being in the car, and the guys have made some good work getting ready for this weekend, so I’m looking forward to getting on track.”

No. 6 Monster Energy Ford Falcon FG X
Cameron Waters
“I’ve had good memories at Perth, winning in Super2 and then winning my first Supercars pole there in 2016. It’s a track I don’t mind, it’s pretty unique with its degradation, so I’m hoping the track flows into our strengths a little bit more than the last couple rounds, so I’m excited to get there. We’ve had a productive couple weeks trying to make back some gains on the Monster Energy Ford, and I think we’ve got something to work with heading into the weekend, so we’ll head out on Friday and see where we stand.”

No. 55 Supercheap Auto Ford Falcon FG X
Chaz Mostert
“Perth’s always been a pretty good hunting ground for Tickford Racing, so I’m excited to go back there and try and make up for the last couple of rounds in terms of results. It’s good to go back to a place where we’ve had good success, the mentality within the team is good heading in, so now we’ve just got to go and try to make the Supercheap Auto car work there and get a result. We’re going in feeling positive and I’m looking forward to getting over there. The people from Perth love having us over there, so it’ll be nice to get over there and draw off the vibes.”

No. 56 MEGA Fuels/Tickford Ford Falcon FG X
Richie Stanaway
“I’m not entirely sure what to expect this weekend because I’ve never raced in Perth before. It’s another short track but obviously it’s notorious for high tyre degradation so we’ll look to find a set up in the MEGA Fuels car that will help me manage the wear. We’ll have to wait and see, obviously for me it’s a bit of a learning process. The other guys have previous years’ experience to know what they’re in for, but I don’t really know what to expect. I’ll lean on my teammates a little to try and get a better understanding of the place, but in some respects I just have to get a feel for it on my own as the weekend moves along.”

Tim Edwards, Team Principal
“We’re looking forward to another race weekend and we’ve got some pretty fond memories in Perth. We’re confident we’ve made progress over the past couple weeks on our race cars, and historically we’ve been strong at Barbagallo, so we’ll look to have a positive showing again this weekend.”

DUNLOP SUPER2 SERIES
The Dunlop Super2 Series returns to the weekend’s billing in Perth for its third round of 2018, and rookie Thomas Randle will look to build on an impressive showing at Tasmania last month. The 22-year old scored three top tens across three races, his first finishes since a mechanical failure removed him from competition in Adelaide, and hopes that momentum carries over into his third Super2 event of the year.

No. 5 Skye Sands Ford Falcon FG X
Thomas Randle
“I’m looking to start where we left off. I think we had a good base run at Tassie, it was nice to get my first full round in the books in the Skye Sands Falcon, I was fairly happy with how the weekend ended. I think my qualifying speed needs work, which is still a lot in me just trying to understand the new tyre. Perth’s going to be sort of a similar strategy as the start of Tassie, where I’ve just got to get in line with the circuit, learn all the little tricks and trades. Once we get to qualifying it’s going to be full focus, obviously, and I’ll try to get the car up as high as I can because on a small track like Perth, the higher up you can qualify the easier the race is. We don’t have pit stops or any real strategy that comes into it, so if I can improve my qualifying it will certainly make for a smoother weekend.”